Nusa Tenggara (Southeast Islands) forms part of the lesser Sunda Islands. It’s one of the world’s most geologically active areas, the recent Lombok earthquake and backdrop of volcanos a reminder of that. 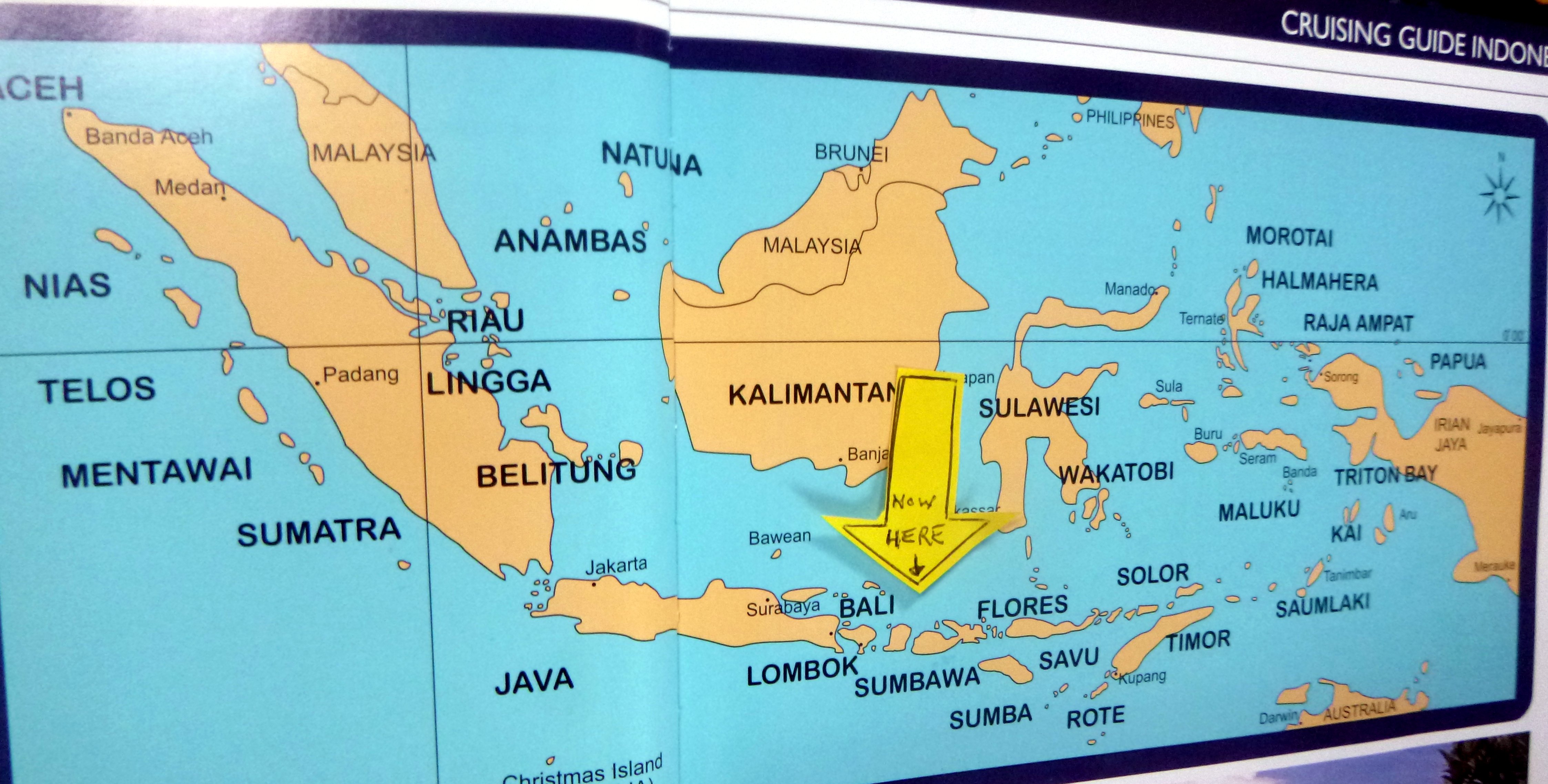 We sailed from east to west. Winds have been fickle, much affected by the high volcanic islands and high temperatures, and there’ve been many hours motoring and a day or two of very strong headwinds and choppy sea.

Flores (you may not have heard of it but it’s about 200 miles long, thus dwarfing its Azores namesake at the western extreme of Europe), has some low key tourism – tourists begin to burst the seams of Bali and now spread eastwards, chiefly to Lombok and Komodo National Park but also to Sumbawa and Flores.

With friends from a fellow Najad yacht, we enjoyed a long day out in the Flores countryside, our driver, Hans, friendly and very helpful in finding us culture, hot springs, traditional Ngada villages, mountainside stops, fruit market and boxes of beer. Here are some photos. 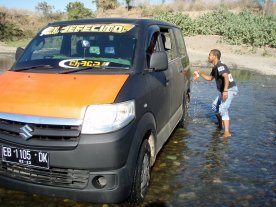 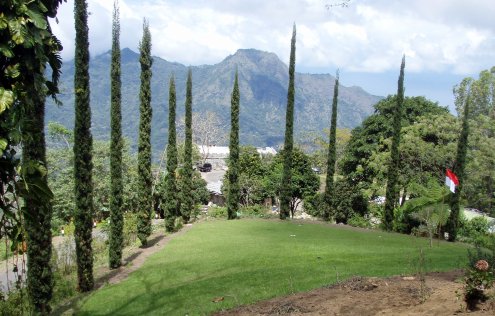 We potter along the northern coast of Flores, anchoring in empty spots, as we’ve done elsewhere, often off little islets where we may snorkel, privileged to enjoy the beauty and colourful diversity of coral life. 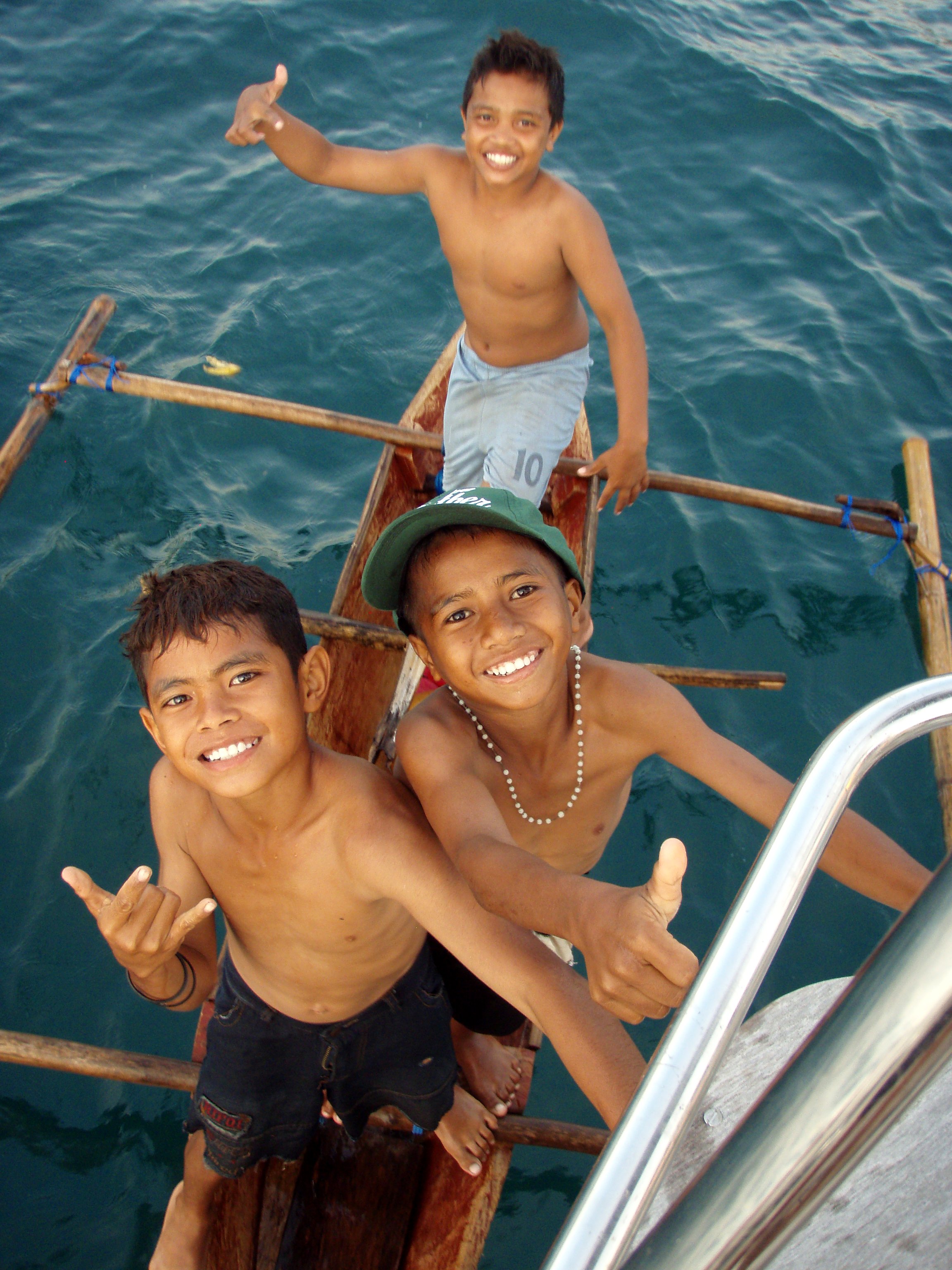 Komodo National Park comprises a few islands at the western end of Flores. It includes several endemic species, the best-known being the Komodo dragon. Weighing in at up to three metres and 90 kg it’s the world’s biggest lizard.

Considering it’s a pretty vile beast, a carnivore that may even eat its own young, and poops white faeces coloured by the bones of its victims etc, it attracts a lot of tourists. Our anchorage off the island of Rinca, home to most of the dragons, is busy all day as hundreds of foreign and Indonesian visitors flock ashore. By evening it’s quiet and calm, just a handful of us visiting yachts watching the monkeys and birds along the shoreline.

Next morning our ranger guide, I think named Primus, takes us on the ‘long’ two hour walk in search of these fascinating but loathsome dragons. He carries a forked stick for dragon defence purposes, and it doesn’t take long to find one – possibly lurking up on a harmless and gentle water buffalo (which it chooses to leave alone). Enough…a few photos…. 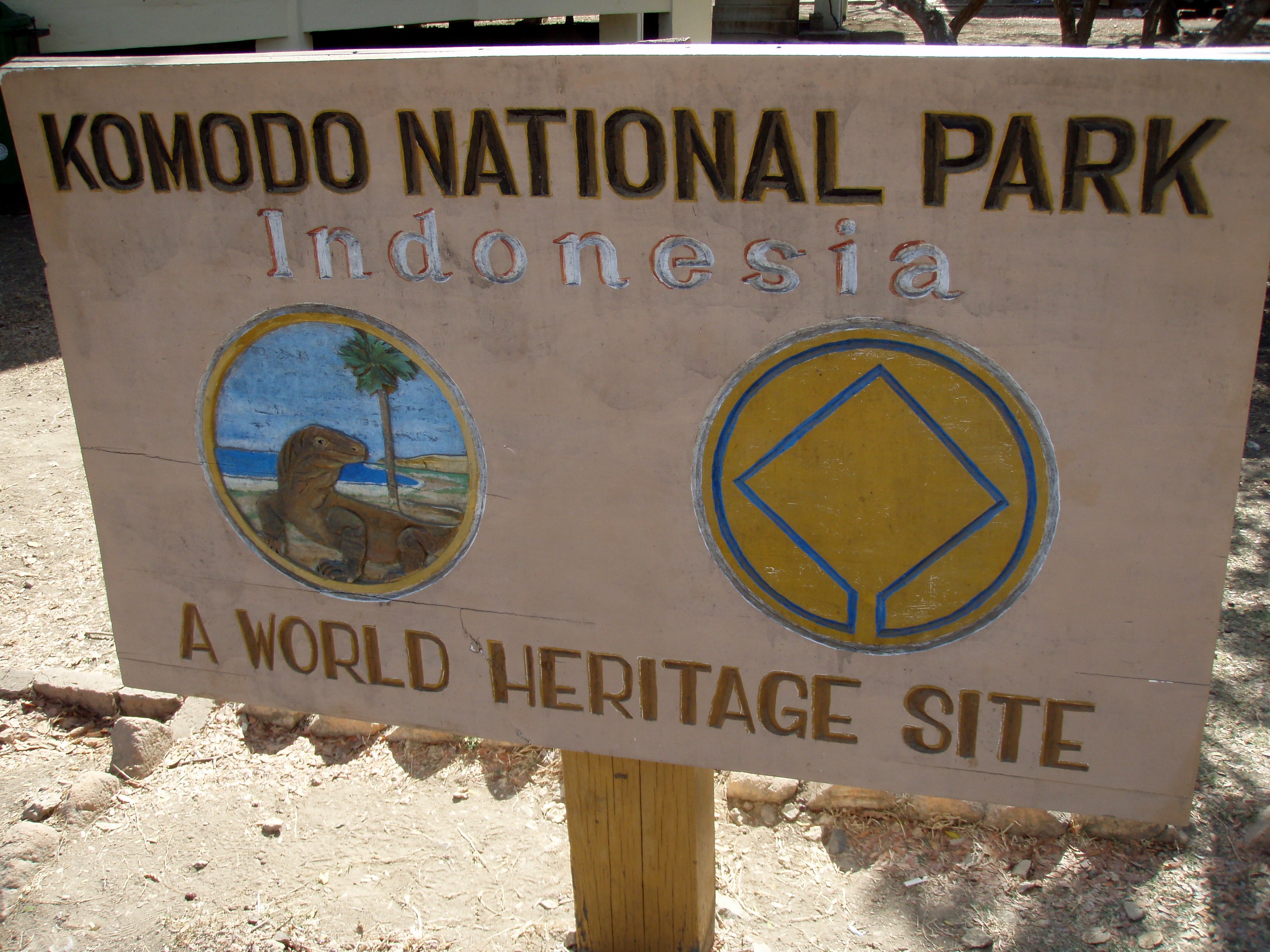 There’s little time in the rally programme for lingering, and we opt to catch up a bit by sailing overnight along most of Sumbawa’s northern coastline, reaching Pulau Moyo and, next day, the small town of Badas. The annual festival, Moyo Tambora, is underway and we join many friends and hundreds of Indonesians for typically generous friendly helpful welcome, and tantalising glimpses of local culture.

Next stop heading west is the island of Lombok, first night anchored beneath the imposing sight of Mount Rinjani, a semi-active volcano (its summit about 3,700 metres); and next night the anchorage in the northwest, Medana Bay, its ‘Marina’ just two stubs of wobbly pontoon (but shower, helpfulness, bar/restaurant, et al. a real treat.

The recent earthquake was centred near this corner of Lombok, and the damage is widespread. Indonesians have many years’ experience of natural disasters, and cleaning up and rebuilding have started, though it will be a long time before the rubble and cracks are cleared, let alone the human pain. Kimi and Trevor, energetic youthful Americans from the rally, have instigated a project to build a new schoolroom, so many of us spend a few hours or days shovelling rubble, shifting earth and assembling the bamboo frame that will form the basis of the new structure. 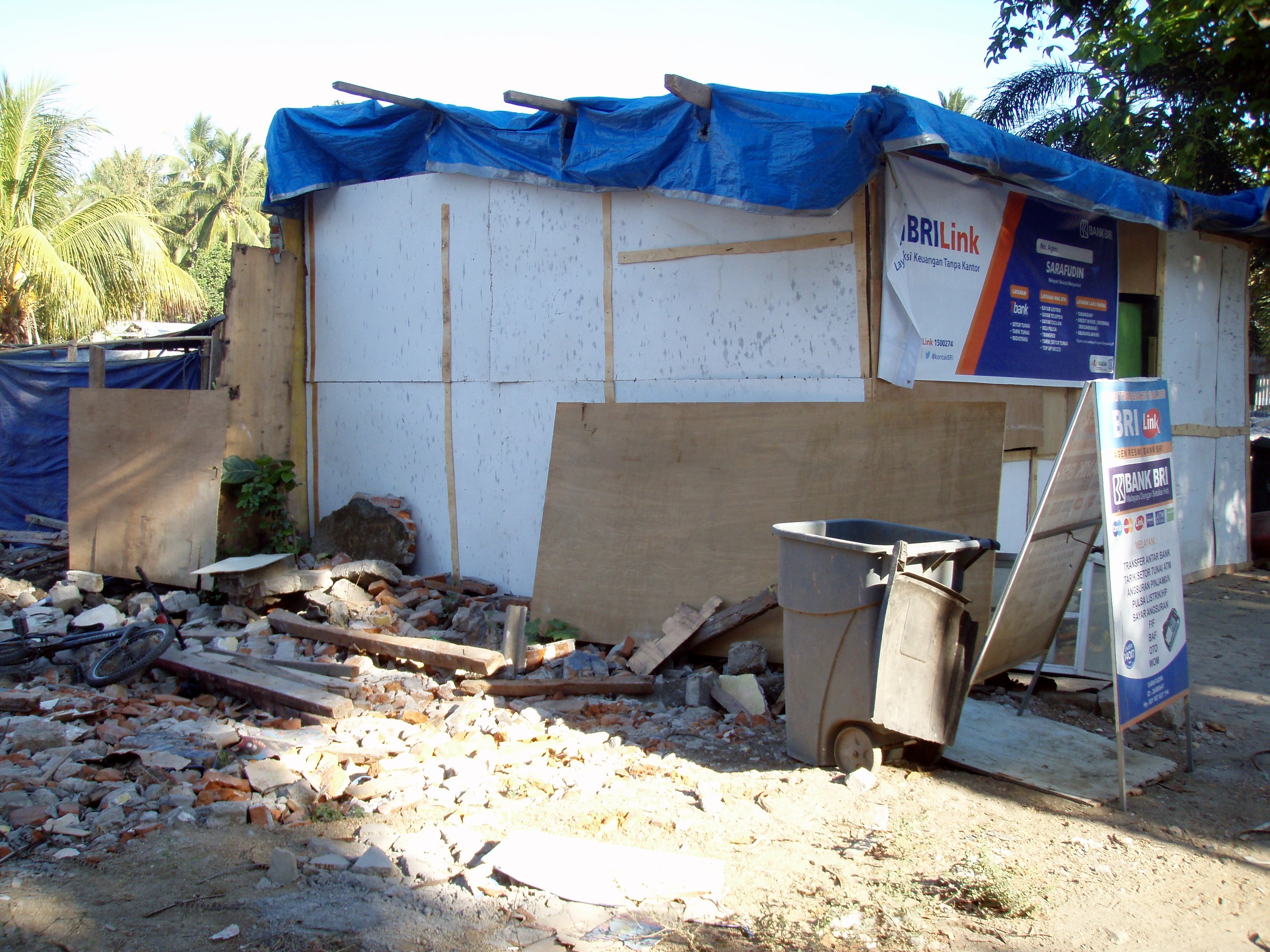 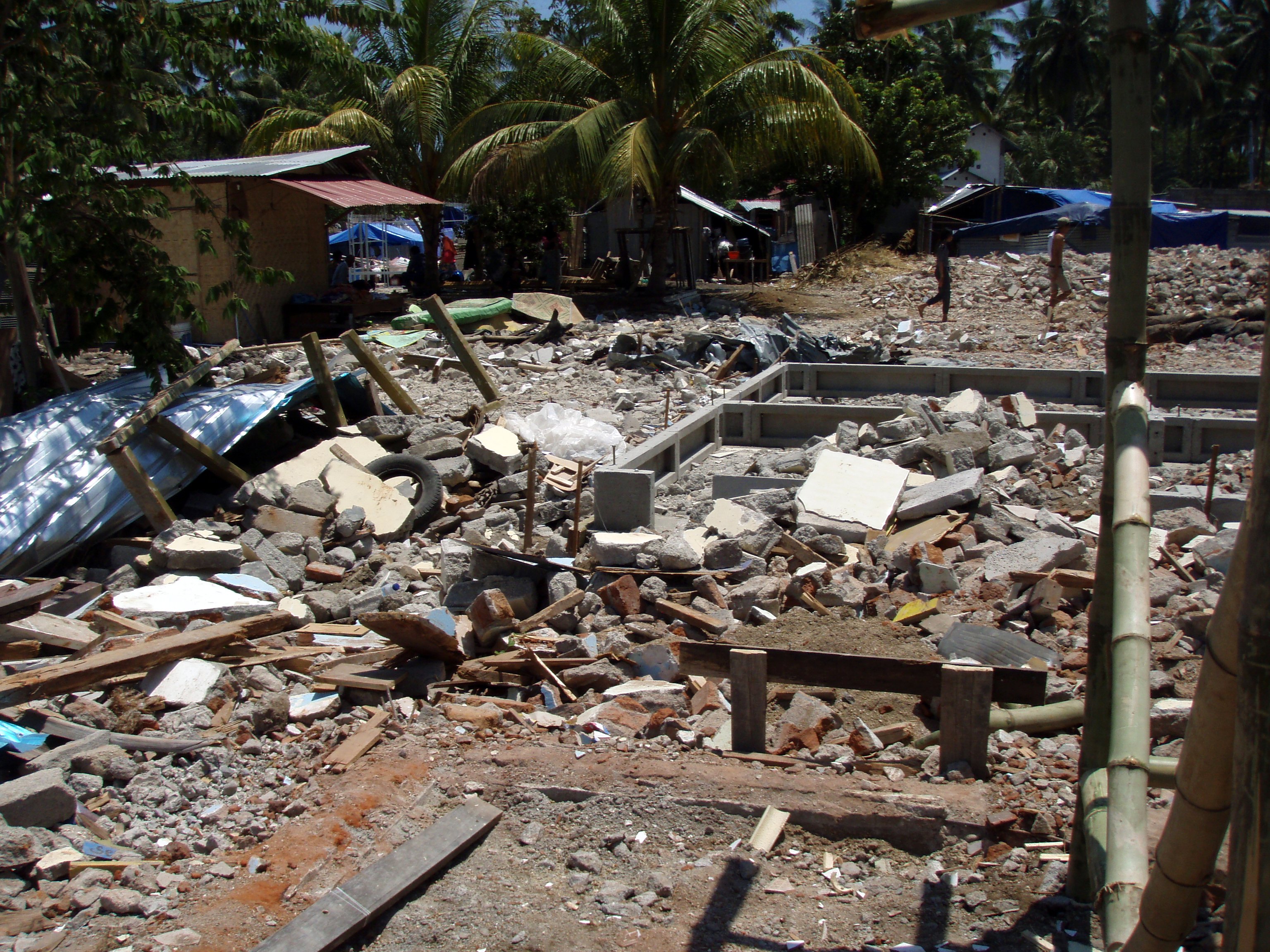 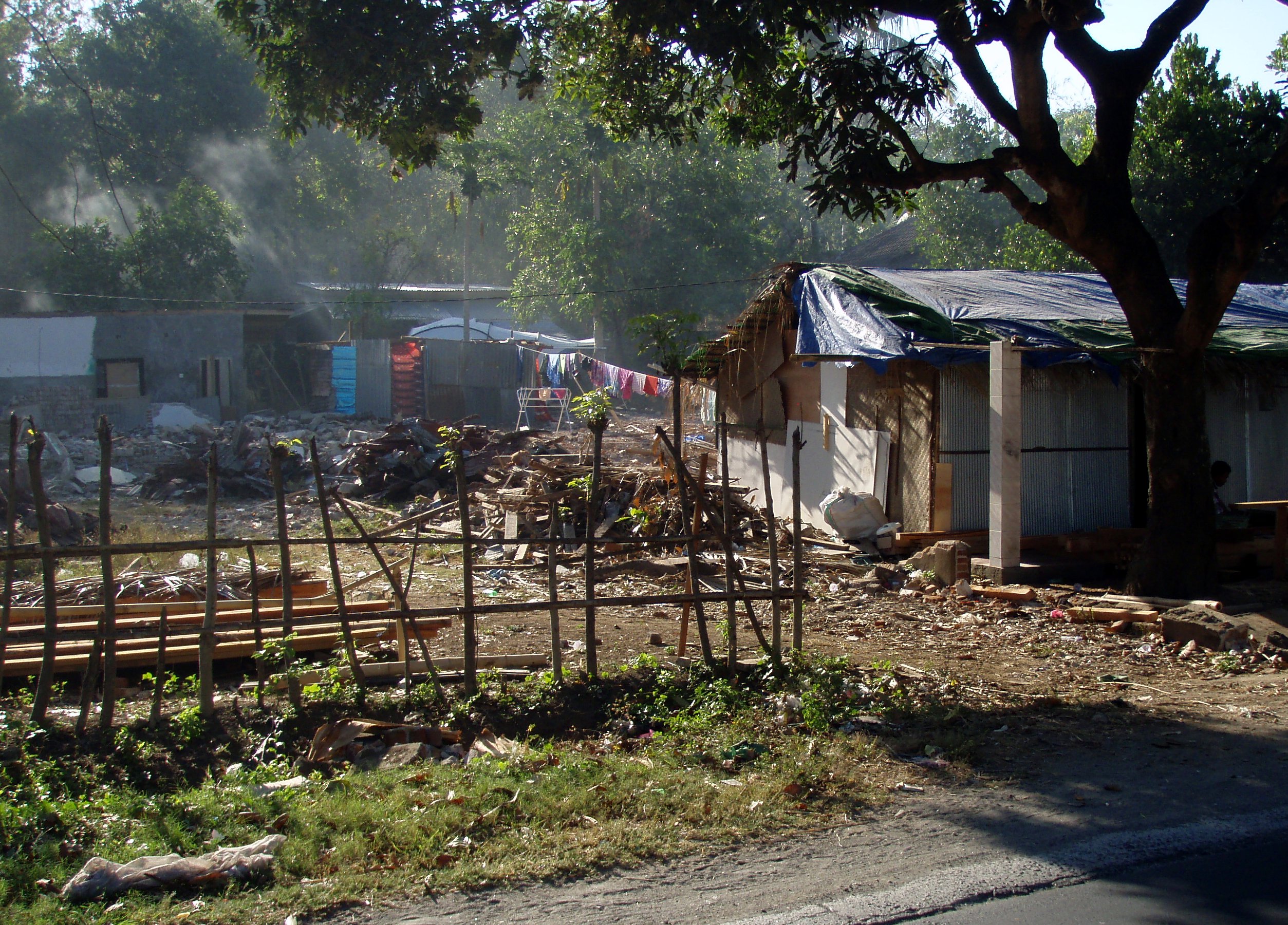 Despite the trauma of earthquake, there’s a memorable happy afternoon when we eat with local villagers, who have prepared baskets and trays of food, and afterwards enjoy wonderful drum music and dancing; the colourful diversity of local music and dance endlessly fascinating……..

Additional crew joined us in Lombok, so now we have the warm wise helpful good-natured Irish Anne with us too: ‘Three women on a boat‘ (Henrietta) adds a new dimension to my more usual solo sailing life. (The book may follow in due course…but probably not) 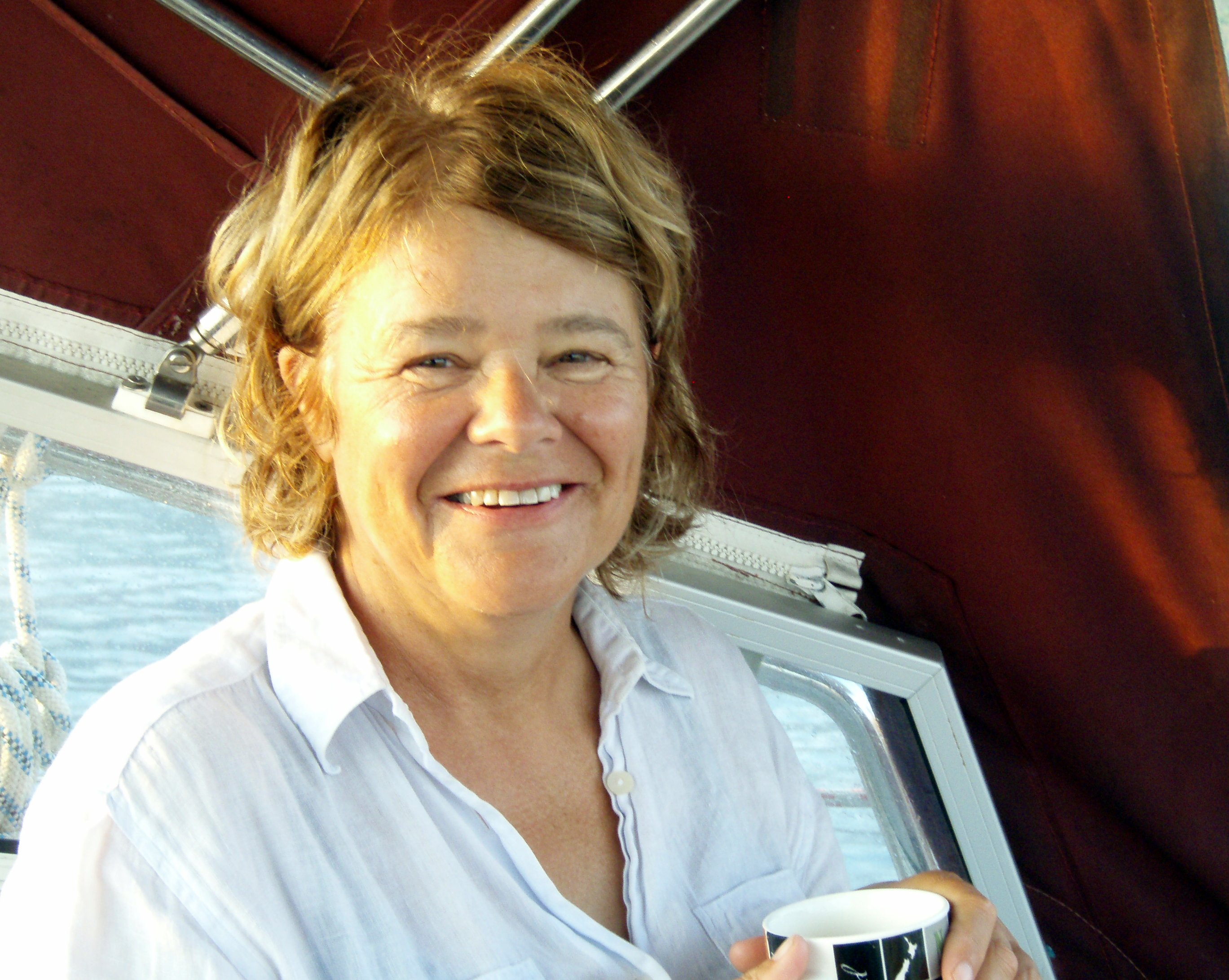 Off we all sail to three popular tourist islands off this bit of Lombok, first stop at the most popular, Gili Trawangan. It would normally be crowded with party-focussed backpackers and holidaymakers, “The Indonesian Ibiza” according to Cruising Guide. But earthquake damage here was severe so it’s quiet, bars and restaurants largely empty or destroyed, and just a relative handful of tourist visitors cycling and snorkelling.

Mooring buoys dragged off Trawangan so we anchored in strongish currents, and it was an uncomfortable night; we left early next day for Bali…..