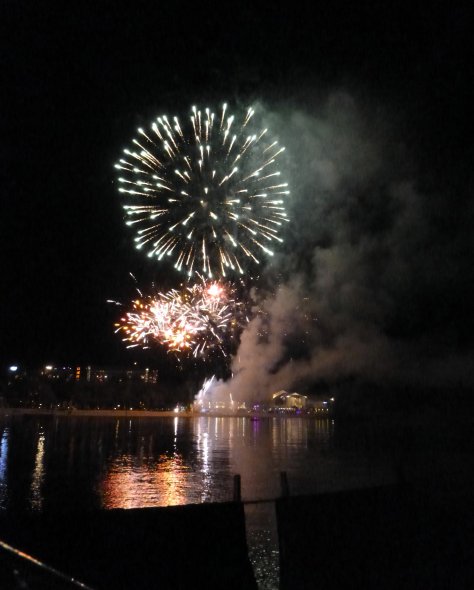 Christmas and New Year came and went with a bang, and just about quickly enough. Langkawi (perhaps Malaysia’s most popular tourist destination) is a pleasant enough place to spend the time, and after three Christmases of solitude it was good this time to share festivities with many friends. But, in truth one of the nicest things about January is that it’s 11 months till Christmas comes round again.. 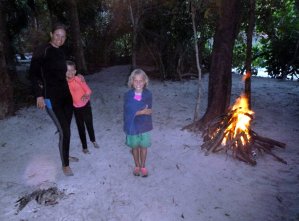 Still fine after 35,000 miles
Given next that we all realise that all this blog stuff is to an extent just us lot whittling on (and perhaps even showing off) about what a wonderful time we’re having, seeing beautiful places and eating some most peculiar foods, and meeting fascinating people, (which is maybe even less interesting to you than your varicose veins or hip replacements), I’d like now to talk about the three really vastly more fascinating topics of Religion, Politics and Sex -yes, the big three.

But alas I can’t do that either. Self-censorship decided against it. Shame…

Instead I’ll just mention that I paid a quick visit to my homeland, Britain, and realised that Britain seems from my point of view to have much too much of the ‘P’ but not much of the ‘R’ and ‘S’. And the only really nice things when I visited were seeing family and some friends (and, to a lesser extent, finding plentiful shops stocked with everything man could ever want, and much he wouldn’t. Oh and I value the vintage architecture, BBC, public transport, green hills, recycling and central heating.)

The current U.K. soap opera is called Brexit and it’s quite gripping. There are two warring families: one lot are called ‘Brexiteers’. Their henchmen mostly have double chins or double-barrelled names, and the support of an embarrassing and scurrilous organ called Daily Express (and, for posher people, a bigger organ called Telegraph). The other henchmen generally have better haircuts, but some have double chins too, and they are called ‘Remaindeers’ and their supporting organ is Guardian (which is also preferred organ of educated vegans and people with rings in their tummy buttons). But really they are both quite passionate and bubbling with the peculiar certainty of self-belief (me too). But this soap opera raises my blood pressure, and when I feel calm again it simply depresses me. Nonetheless as I say, it’s gripping stuff.

If you take Brexit seriously (like me), do listen to this series of podcasts Brexit A Love Story

Returning to talk of Britain, it seems most folk live in January swaddled in dark clothes, in neat little brick houses beneath overwhelming damp grey skies, scurrying out to work dreadfully long hours in brightly lit office complexes, endlessly burdened with angst and ennui over the Brexit fiasco, troubled with mortgages and rent, ill-health, Royal Family, celebrities (whom you and I have never heard of) and debt.

If nothing else it genuinely emphasises the extreme good fortune of those of us privileged to live and see the world from a little boat.

And lest you think I didn’t enjoy my two weeks in England, I stress that it was a delight. It just reinforced my belief in life afloat as a preferable way of muddling along – at least for now.

The sheer horror of travel by aeroplane, squeezed for 13 hours next to a snorting sniffling giant person, whilst whizzing across – and ignoring – a huge chunk of our planet, convinces me that a slow boat is the only worthwhile way to travel – unless you walk or bicycle….but you’d only say you don’t have time, or that’s not what you want….

And so now I’ll bring this nonsense to an end and finish by saying I got back to Henrietta, bought some bananas, cleared out of Malaysia (local bureaupratcy requiring a half day of boring stuff, while I travel between the three well separated offices of Harbourmaster, Customs and Immigration…), and sailed north into Thailand.

I know nothing about Thailand.

After a week in the country day-sailing north from one little tree-topped limestone island to the next I can say it seems friendly. The first young fisherman, in bright red t-shirt, on a noisy ‘long -tail’ boat, greets me raising both arms high, shouting “Welcome to Thailand”.

It took a week to reach Phuket where I clear in. Phuket is of course a well-known international tourist island. It would be unfair to judge it too quickly when I’ve only been here a day. But it doesn’t seem to be my sort of place. Nightlife is definitely intimidating.

But finally before I sign off, I’d like to tell you of three Youtube sites which have some excellent film of the sort of trip this is. All three couples are young and competent with videos and editing, and I’ve met them all  along the way. It gives a good flavour of the stuff that happens – from perspectives of Spanish man, French woman, British couple, American couple

4 thoughts on “Langkawi and Visit England”