Our spell on Madeira is nearly over. I’ll head southeast to the Canaries soon and Anna went to England yesterday.

It’s been a mainly happy stay on this magical island with ever-friendly and helpful Portuguese/Madeiran people, varied lush mountainous scenery, good wine – and lots and lots of tunnels.

I’d heard of Madeira wine, but never the tunnels. The faster roads seem to spend half their time underground with successive long sections of fine sinuous subterranean tubes; and the “levada” walks include dozens of narrow dark low wet tunnels,between a dozen metres and a kilometre long. Enough about tunnels; the island is thoroughly well burrowed.

“Levadas”, the small irrigation channels that meander along precipitous mountainsides, are a well-known feature of Madeira. (If you’ve been here you know that already) With a career spent briefly in the world of irrigation, I can only marvel at the scale and ingenuity of the Madeira irrigation schemes: built mainly from the 16th century on, the “levadas” run for nearly 2,000km, countless men died in their construction which often involved lowering workers down mountainsides in wicker baskets to blast a route through the rock and, as mentioned, include dozens of long mountain tunnels. Nowadays, many of the canals are well maintained and run alongside near-level contour paths used by the numerous walkers who tramp back and forth through the mountain flora – always dripping wet for our stay on the island. (Madeira’s walkers are, it seems, predominantly fit  lean amiable and focussed Germans.) Some walking photos below….

Start of stroll to summit 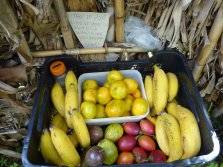 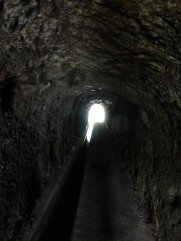 So, we walked lots of “levada” routes and, on the only day when clouds lifted from the top peaks, we joined a throng of fellow walkers to clamber to the highest point – and on a bit, where the throng thinned out, and we ate our sandwiches in mountain peace.

It so happened that Christmas lights were switched on on 1st December. And we ambled through the streets of Funchal savouring the gentle warmth and good-natured hospitality of residents, feeling as content as happy children. Giant Father Christmas and pretty elves do that. 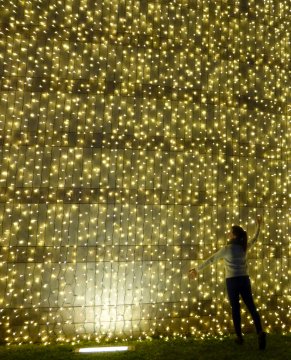 Yesterday, Anna and I bade farewell with heartache and went our separate ways.

One thought on “Madeira”