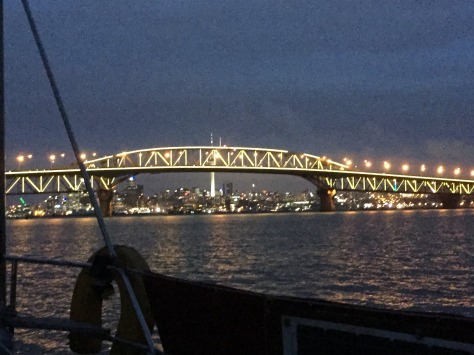 From the empty bays of Waihiki Island (only empty because of week of rough autumn weather), I sailed into Auckland Harbour. First night, anchored precariously near the harbour bridge, you readily appreciate it as one of the world’s most scenic city frontages.

Moved next day to peaceful helpful Bayswater Marina and from there caught fast ferries back and forth to downtown Auckland for rounds of tourist culture and coffee. 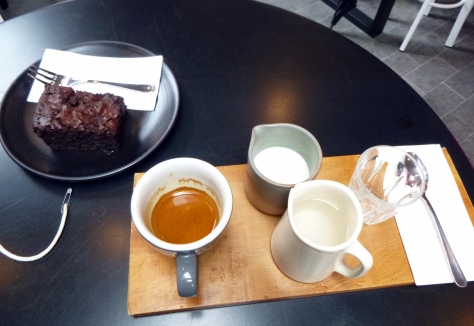 And nostalgia trip along to nearby suburb of Devonport, briefly my home many moons ago, now a smart highly valued patch of North Shore Auckland. And seeing friends from Europe and Antipodes.

Time then to sail on from Auckland, stopping at islands and sheltered bays on the 120 mile way up the NZ coastline, till now I’m back at Opua in Bay of Islands. (Stops, probably only of interest to fellow sailors, all delightful except rocks/weed of E. Tiritiri, Scandretts Bay, Mansion House Bay, Matapouri, Whangamumu, Urupukapuka…a cheery mix of Mauri and European names).

Photos of stops on the way north 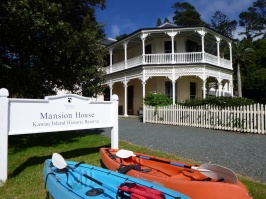 Feelings on leaving New Zealand are a mix of end-of-term and end-of-holiday feelings. End of term because work on Henrietta is done, most work on me is done, most chores and shopping are done and there’s the sense of excitement and anticipation that comes with unknown holiday destination ahead. End of holiday feelings too because New Zealand, like a happy family, is easy and loving and restful. It has all the comforts, conveniences, facilities, produce, information, security and cosseting paraphernalia that goes with a well-run modern civilised society. (…keeping in mind that my visit has been fleeting and local and on the coast…)

I mentioned that perhaps I’d say what I liked and disliked about this country.

Likes (apart from the oft-repeated reference to scenery)? genuinely welcoming helpful friendly good-natured people (there’s always the oddball too); lots of rules that are frequently and readily broken; grown-ups who wander round supermarkets in bare feet (at least in the far north); generally judgments seem void of who you are, how you speak or what you own (far less so at least than in Britain); there’s a youthful exuberance bordering on childishness that seems to colour gossip and the media; and NZ appears outward-looking and all-embracing with values that perhaps merge much good from both Europe and the Pacific.

Dislikes? It would be presumptuous of a fleet-footed foreigner (‘grumpy old Englishman’ to boot) to mention  what annoys or distresses him. When you’ve enjoyed a sumptuous dinner with excellent company you don’t then criticise a few words of the after-dinner speaker. But it would be nice if they gave the fish more of a chance (reference here to the fleets of motor boats festooned with batteries of rods), were not so obsessed with Jap crap motor cars and the new baby (we’ve all been fifth in line and know it takes forever to reach the front), and now in post-grumpy phase, I just smile to “Good onya, mate. Enjoy.” – standard reply when you say what you’re going to do. (Apparently it’s colloquial English)

Overall I’ll look back wistfully on leaving New Zealand (and hope I’ll be back), yet as ever, tingle with anticipation to be casting off lines, heading for wide horizons of empty ocean and the unknown. 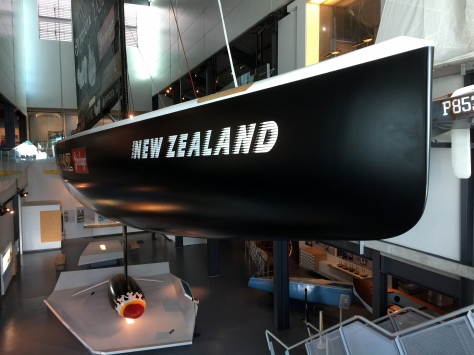